Almost two years ago, when I was in die middle of my last year at Art School, I thought about what to do after school. Some of the students already started to apply for University and started creating their art portfolio. Others where applying for an apprenticeship in some Job.

And a few of them where like me, asking them self what to do with their degree what we were about to get.

I wasn’t feeling like going to university right away after school. This whole school, university, job, marriage, family thing was never really my imagination of life. I wanted to see the world and explore countries, people and other cultures. I wanted to find out who I am and what I want to do in life. But at this moment, just before my final exams, I felt like I wasn’t even close of knowing that.

So I decided to not go to university but to try to figure out what I really want. I decided to follow my intuition.
My stepmother told me back then something about a programme which is called “DJiA”. Translated to English the name means:  “Diaconal year abroad”. It’s basically a voluntary service abroad, which I was very interested in. I felt like this was the perfect thing to do after school. It combined traveling and helping others, two things I really do wanted to do.
So I applied for a service in South America… and… was declined. Which made me angry and sad but shortly after they offered me a place in Czech Republic and I accepted directly. Czech Republic wasn’t my first or second choice, not even my third, but I accepted because this wasn’t about the country. I wanted to help people and discover another culture. Any place would have been great for that.
So here I was, starting a Voluntary Service in a country, close to mine, in which I’ve never been before and which language I didn’t speak at all. With people, other volunteers, which I didn’t know but who should very soon become my family.
I never regret the decision to do a voluntary service. It gave me so much and in this year I learned so many things about myself and life.

I leaned, how it is to live “alone” and with another person in a flat together, and what you have to take care of. I was lucky and I had the perfect flatmate situation. The french girl with who I moved in soon became my friend. We were (unlike the other people from our project) the only volunteers in our small town called Novy Jicin, so imagine how bad this could have ended if we didn’t understand each other.
But we did, and we had a great time together. With this girl I share tons of wonderful memories.
But of course there weren’t good times only. We often had our disagreements and were mad at each other and ended up in a fight. There were even times when we barely spoke to each other. But all this disagreements and fights weren’t long lasting. We figured out that sometimes we just needed some time to calm down and after this time we spoke about our problems to each other and try to change what the other person didn’t like.

I also learned that I am much stronger than I thought and how lucky I should be with the friends I made in my little town. There was a time during the EVS where I got really sick and ended up in hospital. I still couldn’t speak much Czech and if there wouldn’t be my Czech friend who was always there for me to translate I would have been much more afraid then I already was. It’s never easy to get ill in a country which language you can’t speak, because you can’t really express yourself the way how you would do it in your own country. I am so thankful still for him who went with me to the hospital so often and even during night times and also for my french flatmate who visited me every day to see how I am doing.
Yeah, the hospital time is not one of my favourite memories of this year. But now, if I look back, it was an important experience where I learned a lot about myself and about how good people can be. I also figured that if shit happens I just have to carry on. Better times will come and I will always learn something from my experiences, even if they’re bad.

Another thing I’ve learned is that it’s not as hard as I thought to work with disabled people. It actually is a lot of fun and you get so much back from the things that you do. The people in my project lighted up even my worst days and always made me smile.

The biggest thing that I became aware of is that it’s ok to do things just for myself. It does not mean that I am selfish, it actually made me feel so much better. To say yes to the things I like and no to things I don’t want to do, sounds so much easier than it actually was for me. But I became more confident in myself and it felt and still feels amazing to do thing sometimes just for myself. Because other people opinions are just that: Opinions. It does not directly mean that what they say is true. I decided to live my life how I want it to be and to do things that I want and not what others think is best for me.

I also found love during this year. I wasn’t expecting or planning it. But I am more than thankful that I found him. He brings me happiness and light in even the darkest days.

The EVS gave me so much more than I expected. I found friends all over Europe, had amazing chats with strangers and met some people that I will never forget and with who I could speak for hours. Because they understood my weird thinking. Because we were on one level. I experienced so many wonderful things that just if I am writing and thinking about this whole year… I get excited and my eyes fill with tears. It was truly wonderful.

Well… I can’t really describe all the things that I have learned and experienced during my service. But these were a few things. I would totally recommend everyone who don’t know what to do after school to do a voluntary service. You can always help others. There are a lot of different projects all over the world. Find what you like, apply and help. This year is for you, and you do something good. You learn something about another culture, about yourself and another language. You travel, make new friends and do what you want. It’s worth it, believe me!

If you have any questions to my project or the Voluntary Service, please let me know. I am happy to answer all your questions.

This year changed me and the way I see things.
It was one of the best things I experienced. 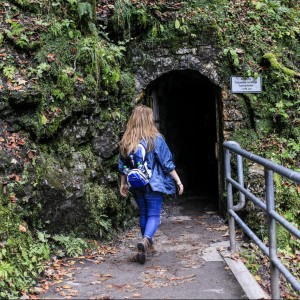